Sunday evening, the Ellijay Police Department responded to a call  about suspicious activity at the Tabor House. When officers arrived on scene, they found Stitches, the recently escaped elf, “asleep” on the steps. Officers confirmed Stitches was in possession of three jars of untaxed eggnog. 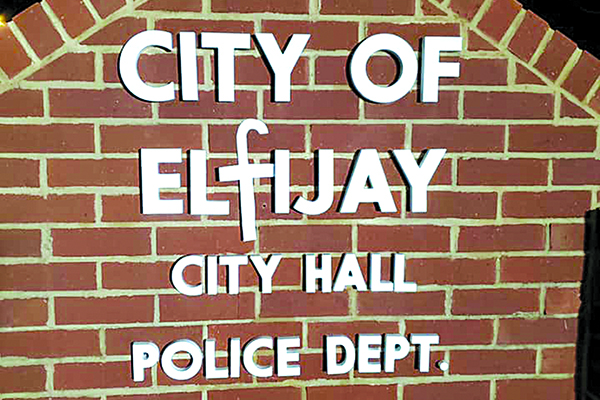 Officers attempted to take Stitches into custody, but he was able to escape after temporarily blinding one officer with candy cane dust, proving that he will do anything to escape justice.

Stitches escaped the North Pole Detention Center by stolen reindeer Nov. 28, and was last seen fleeing the Tabor House on foot. He is 14 inches tall and weighs 2 ounces. He is dressed in a red jumpsuit and hat. Citizens are asked not to approach if they see him, but notify authorities immediately.

Stitches began a series of misdeeds in town following Light up Ellijay when he focused his mischief on the downtown Christmas tree. He was spotted removing a bulb which caused many  lights to go out. The Ellijay Police Department has contacted the road department, and the lights have been repaired.

Because of his apparent proclivity for Christmas decor, citizens are cautioned to keep their doors locked and to keep a close eye on their own Christmas trees.

Following the tree incident, security cameras picked up Stitches vandalizing the City of Ellijay sign in front of City Hall, changing the sign to read “City of Elfijay.” Authorities believe this may have been an act of revenge against the department for obstructing his previous antics.

Stitches is believed to still be in the area. Officers have increased patrols, and citizens are urged to be on the lookout. Check the Ellijay Police Department Facebook page for updates or check back with the Times-Courier. We will continue to follow this story as it unfolds.